With gas prices as high as they are I recently decided to sell my Honda S2000, Vela. Though I normally say that there is never a reason to buy a new vehicle when a used one can be had that’s just as good, depreciates less, and is cheaper, I’ve decided to break my own rule and ordered a new truck (more on that in a later post). However, even though I placed my order in October of 2021 I have yet to hear anything from the manufacturer. I was getting tired of the almost 2 hour each way commute by bicycle-bus-train-bicycle, so I decided to get a temporary vehicle until my truck comes. I wanted something that was cheap, had good gas mileage, and that was easy to repair so that I wouldn’t have to pay a mechanic to work on it if I ran into trouble, so I decided to go with a motorcycle. I ended up finding a Honda CB1100 with ~76k miles at a reasonable price and went for it! 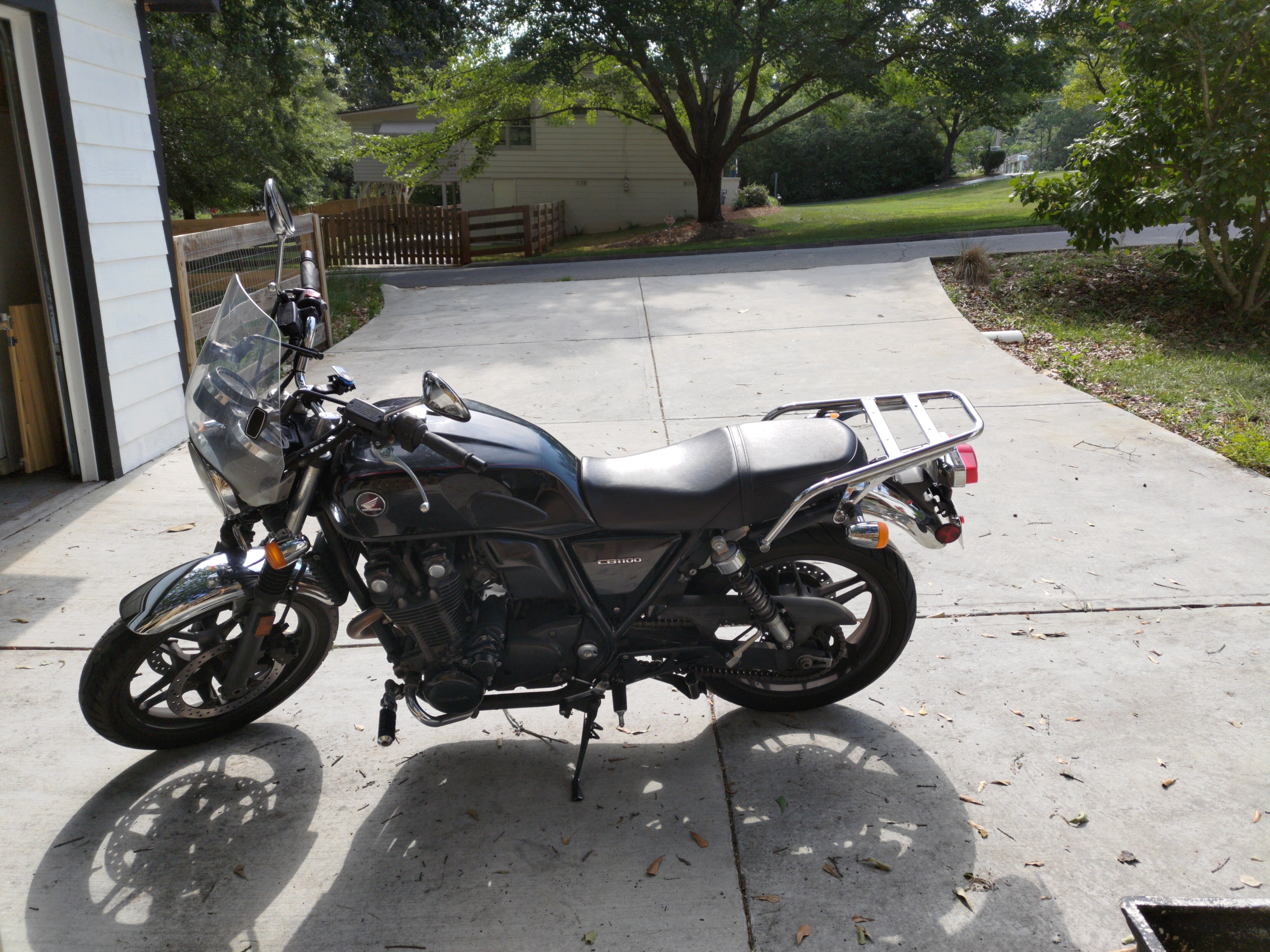 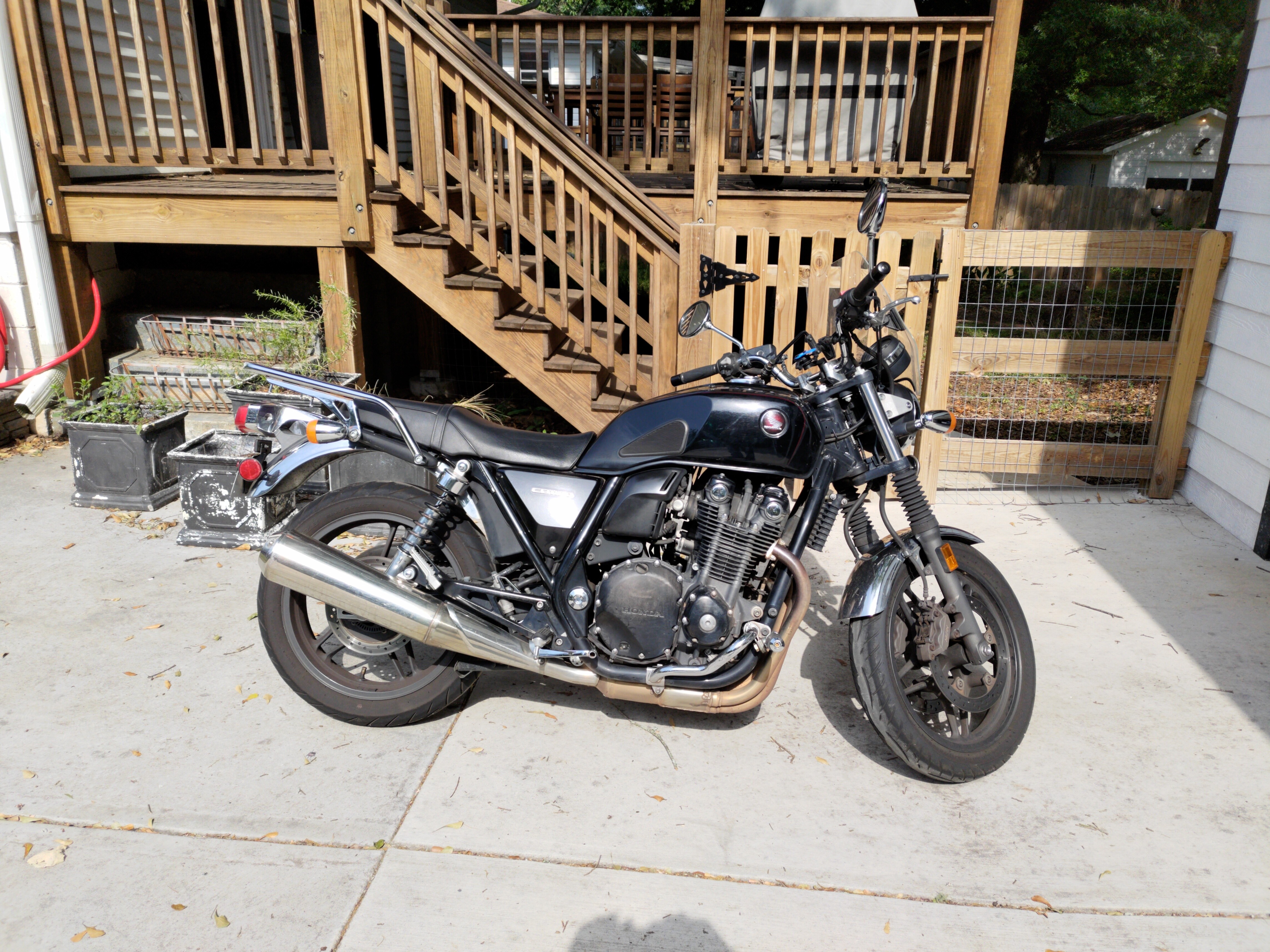 Since I named each of my cars after constellations, I decided to name my motorcycle after an individual star: Sirius.

The first thing I did is put some new rubber on it, jacking it up was interesting, to say the least.

I went with the Metzeler Roadtec Z8 Interact Tires after several recommendations from local shops. They were the same as the worn ones which were already on the bike and were one of the few tires I could find in the relatively odd combination of 110/80-18 and 140/70-18. I put ~40 miles/day on the bike commuting to work, so some fresh tires were important.

I’m not planning on building the bike out in any particular way (nor do I have the money), so I’m not sure that this will turn into a longer build blog, but I hope to get lots of high-gas-mileage and fun miles out of Sirius. As always, I’ll update this post with any modifications I make, or possibly with short trip reports that aren’t worth a full post on their own. In particular, I’m looking forward to a ride in the North East Georgia mountains sometime very soon!

Until then, ride on!